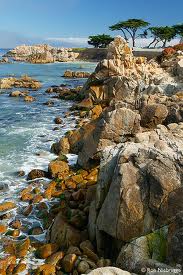 The launch of Your Sanctuary TV on June 8th represents the culmination of 2 years of Production, Collaboration, Public Relations, Marketing, Convention Sponsorships, DVD duplication, Conference Calls, Emails, and so much more…but it will be well worth it. We started out with a magazine format television program, “Your Sanctuary” whose mission was to engage viewers with the natural resources of our ocean and inspire the stewardship necessary to protect and preserve these wonders and treasures for future generations. After capturing a National Award for Best Documentary on a Public Issue, an International Award with Honorable Mention at the BLUE Ocean Film Festival and Conference, and a Regional Award for Excellence in Video, and carriage in 72 Markets across the country, we were a little shocked by sudden success. But it wasn’t awards we were after, it was action and we realized that a single monthly program would not be big enough to move that conservation rock up the hill. We all knew the best part of “Your Sanctuary” was the collaborations formed with dozens of other organizations working for the same ultimate purpose…save the earth and the ocean. Why not pool our products and combine them in a single library of video, podcasts, and data? Thus was born the Website entitled Your Sanctuary TV. So far, we’re honored to be partners with the National Oceanic and Atmospheric Administration, the Office of National Marine Sanctuaries, Thirteen National Marine Sanctuaries and One Monument, Waterways which is a co-production of Keys Digital Studios, the Florida Keys National Marine Sanctuary, the National Park Service and the Environmental Protection Agency, Save Our Shores, Save the Whales, and the United Nations Environment Programme in cooperation with Artist/Activist Jim Toomey. There are several other organizations that are considering our proposal to partner and allow us to distribute their content to hundreds of Community Television Stations and thousands of individuals across the country. And that last part is the absolute key to the mission. Community Television…Community Radio…Community Media Centers…just as we became the fonts of Democracy, so we may become the fountains of conservation, for the two go hand in hand…Our Natural Resources, of the people, by the people and for the people. The journey has begun and we hope if you’re reading this and want to board the ship  you reach out…whether Scientific,Conservation, Media or Marketing, Television, Radio or print. amp is just a little ole Community Media Center in Market 126, but we’re ready to roll with our current and future partners and make this movement to save our Earth and Oceans a reality. Thanks for reading and let us know if you want to help.