Home of ATT Park, SF Giants, Transamerica Pyramid, Golden Gate Bridge, Gulf of the Farallones National Marine Sanctuary, and the Alliance for Community Media National Conference where amp Community Television’s co-production with the Office of National Marine Sanctuaries, Your Sanctuary TV will be presented to over 400 Television Stations this coming Wednesday….what a day and night we have planned…It all starts at 7am when the early risers gather, sucking up the Starbucks and laying out the Pop Ups for Four Full booths in the Exhibit Hall at the Westin St. Francis. There’ll be folks from the Monterey Bay, Gulf of the Farallones, and Cordell Bank National Marine Sanctuaries…dignitaries from the Washington DC Office of National Marine Sanctuaries, Dan Basta and Matt Stout…and amp staff on hand to build an exhibit 4 booths long. We’re expecting over 400 folks to traipse by our digs as we’ll be giving away a beautiful DVD collection of Ocean video programs and shorts. The type of content community TV stations across the country will enjoy broadcasting. Along with that there will be plenty of information about our National Marine Sanctuaries, Thank You Ocean, and our other partners. Plus, tickets for the Welcome Reception Giveaway, overseen by the comedy duo Michel and LZ, two guys are act normal during the day but become wild and crazy after 5pm…which is a good thing since that’s when they’ll be giving away prizes at the Your Sanctuary TV Welcome Reception…great stuff like Rocket Boat Rides, Catamaran Sails, Alcatraz Tours, Tickets to SF Playhouse, and very special tickets to visit ATT Park and see our own SF Giants take on their cross town rivals…the Oakland A’s. The wine will be flowing and food will be munched as the crowd checks out the premier of Your Sanctuary TV guided by Director of the Office of National Marine Sanctuaries, Daniel Basta. After the remarks, more giveaways then it’s all hands on the streets for a mad dash to Pier 39 and the Aquarium of the Bay. Here the crowd will be treated to succulent desserts and tasty dessert wines in the Cafe, followed by a grand self-guided tour of the amazing underwater Aquarium of the Bay. Then it’s back to the Westin for any additional imbibing…or maybe out on the town for those who still have some gas…what a blast. Not to be forgotten will be the special session offered Thursday from 10:30a to 12p starring that comedy duo Paul and Steve, who shed their wacky evening personas for more formal facades in order to present: “Extending Your Reach Through Strategic Collaborations: A Passion For Place”. Yep…this year’s ACM conference will be a blast and it launches tomorrow morning…don’t miss the trip blog as timid Pacific Grove resident Steve E. makes his way north in harrowing holiday traffic to land in luxury at the Westin St. Francis on Union Square…an adventure in any language :} 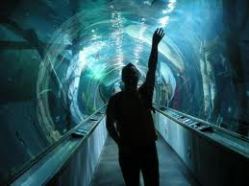 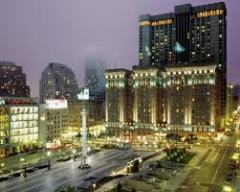